This page will list all Tournaments we get announcements for.  We hope this information will help our teams select appropriate Tournaments for their level.

REMINDER: All Tournaments & Jamborees attended by WYHA Teams (Travel, Girls, House, RWB U8 & U6 Pony) MUST be sanctioned by USA Hockey or Hockey Canada.  All Sanctioned Tournaments in New York State will be listed at www.nyregistrar.com (if not listed, please contact the WYHA Registrar at registrar@wyha.com so an inquiry can be made as to the status of sanctioning)  DON'T ASSUME - CHECK BEFORE YOU SIGN UP OR PAY ANY MONEY!

Unsanctioned Tournament Penalties & What to Watch Out For

If the Tournament is not SANCTIONED by USA Hockey or Hockey Canada, your team MAY NOT play in it (no exceptions!).  Penalties for playing in a non-sanctioned Tournament may include (but are not limited to): Loss of TB status for your team (and possibly all teams at Webster), suspension of Head Coach and Manager, probation or other sanctions for Webster Youth Hockey, any players injured will not be covered by USA Hockey insurance (thus coaches & managers can be sued), and possibly other sanctions...why take the chance?

HOW CAN I TELL IF THE TOURNAMENT IS UNSANCTIONED??

All teams going to Canada for a single game, weekend of games, or Tournament MUST apply for a Travel Permit.  Please fill out the Travel Permit Info at least one month in advance!   Email the WYHA Registrar of you have questions:

Level of Tournaments - What to Look For

TRAVEL AA, A, B, House Distinctions: Most commercial tournaments (MyHockey, etc.) and any tournaments in PA, Ohio and Mid-west/mid-Atlantic states will use Travel AA, A, B, House as classifications.  Travel AA is for Travel AA TB teams, A is for Travel Major and B is for Travel Minor (in general but if you are strong or weak, consult the Tourn Director, Mixed teams can be A or B depending on their strength).  Occasionally the Commercial Tournament vendors may run a AA Minor or Mixed division but these are rare and may be teams in WNYAHL only.  Strong House A/White or House Red teams can be competitive at the Travel B level depending on the Tournament.  Otherwise, House teams should only sign up for HOUSE divisions.  Call the Tournament Director and discuss placement and your concerns!

Buffalo: Travel divisions are WNYAHL compatible or follow the commercial Tournament model.  The House teams are either true "in-house" or play in the MOHL house league.  MOHL team strength varies and there is no A & B or Red/White & Blue.  Teams in MOHL are selected after the Travel teams are picked and it is rare to have more than one or two teams in an age division.

Syracuse: Travel teams play at the AA (Major/Minor) or A (Tier III Mixed) level. There is no formal travel league website so most travel teams are independent except for a few that play in WNYAHL. The House league in Syracuse is SNOWBELT.  Teams in Syracuse are either "Travel" or "Snowbelt".  Snowbelt teams are either RED (very strong with no Travel team so this is the top team in their organization in the age division), WHITE (similar to our A/White division) or BLUE (similar to our B/Blue division).  NOTE: very good BLUE are A- teams, very weak WHITE are more B+.

Albany/North Section: There are a few AAA teams.  Most teams play either A, B, or C.  A is the TB or top team at the Tier II or Tier III level. B is the kids who could not make the top team generally a mixed group of major/minor aged players. C is everyone else and probably House B/Blue level although some teams may be House A/White level.

MITE/RWB/8U Tournaments:  Only attend sanctioned tournaments.   Any Tournament Director who tells you they do not need to be sanctioned should result in you crossing their Tournament off your list.  Popular RWB Tournaments are run by Webster Youth Hockey, Perinton Youth Hockey and the one run by Scottsville Ice Arena.  There are several in the Syracuse area (Auburn in one) but please check on sanctioning first!  Pepsi in Buffalo also runs a Half Ice division.
Teams that have ignored the sanctioning rules have gone to tournaments and played teams with Squirts/10U on them or have had basic rules about team rostering ignored.  The games have ugly scores and everyone goes home unhappy.

Travel AA, A, & B PLUS House divisions 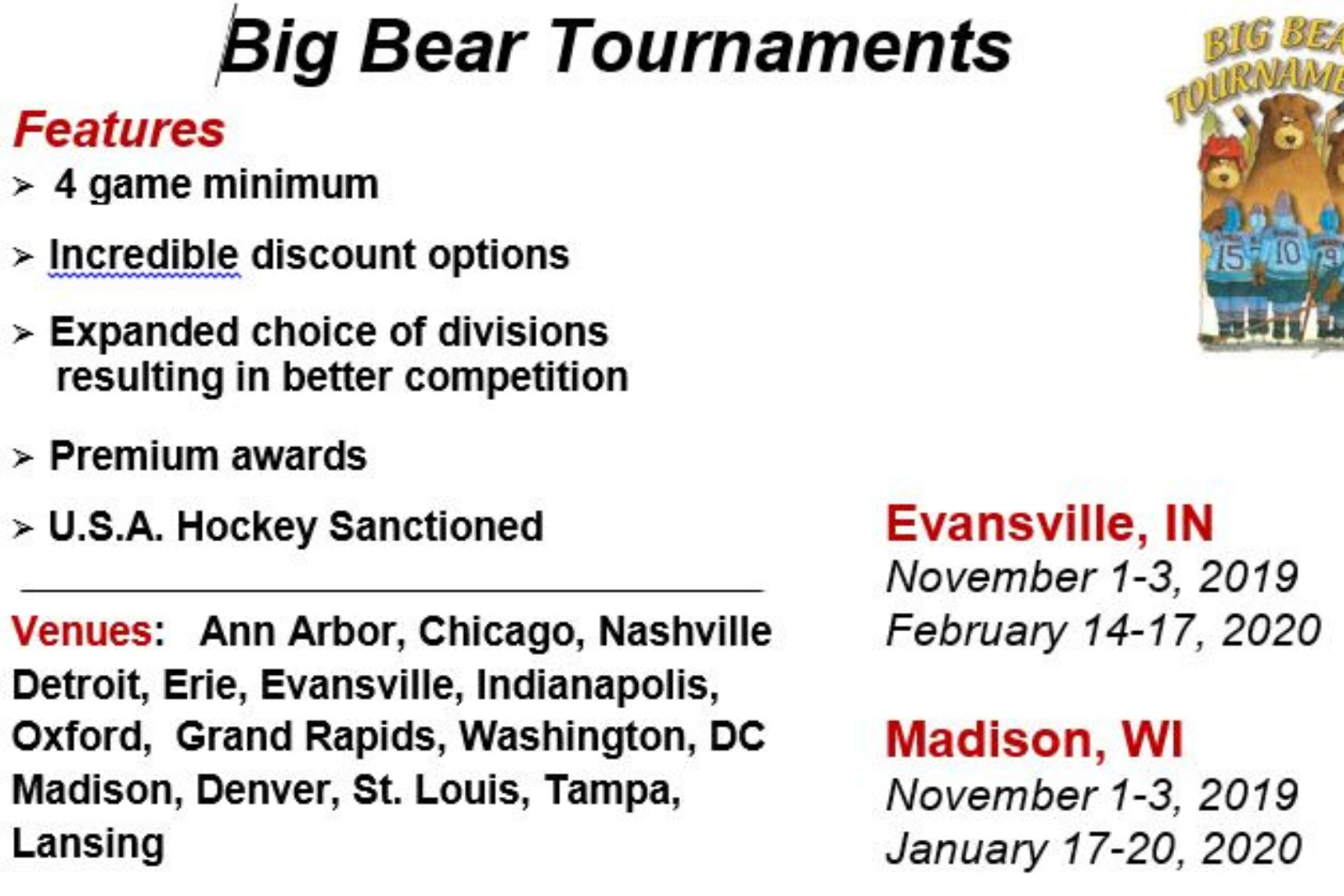 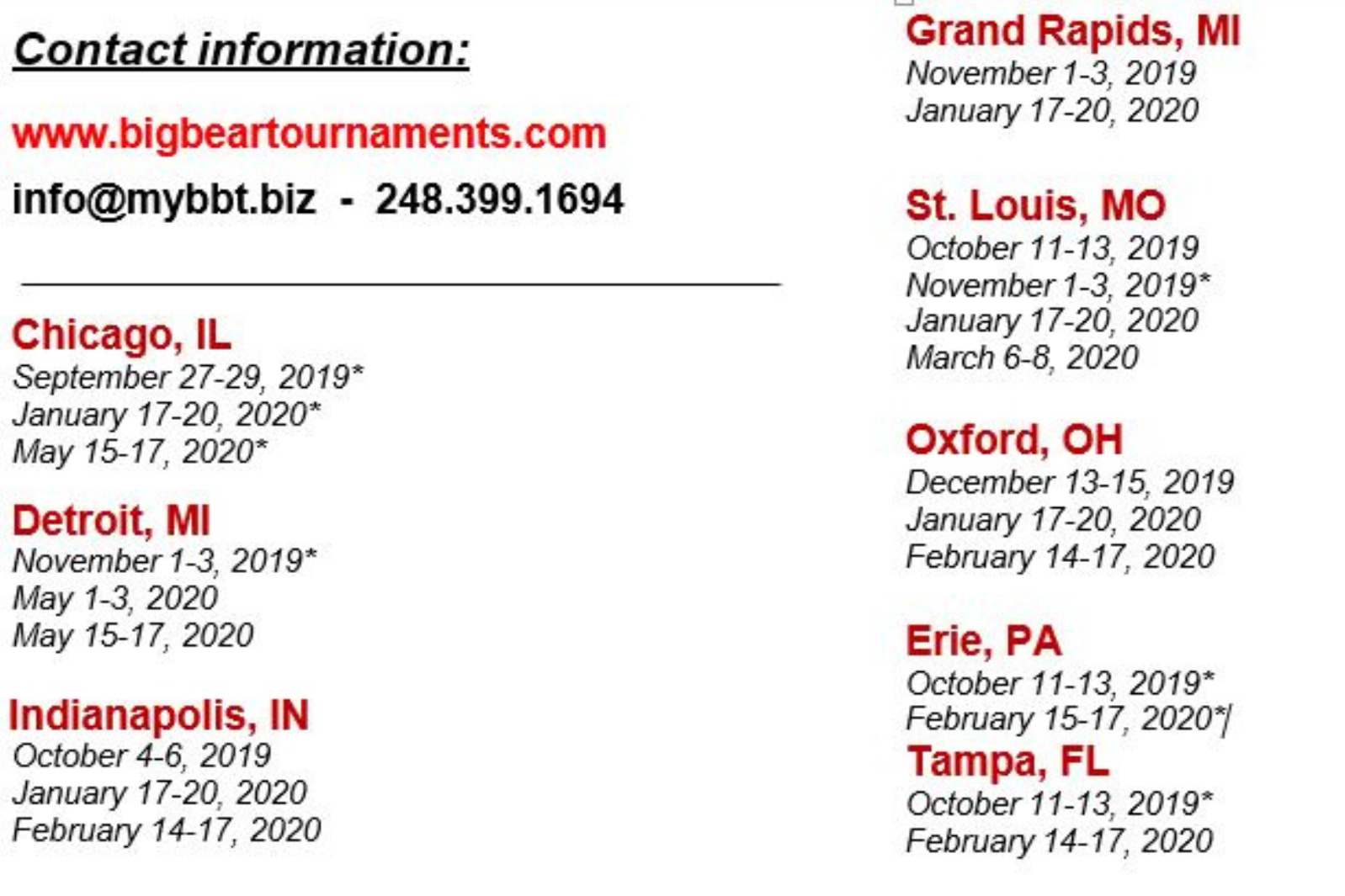 These are Tier II travel Tournaments plus some have Girls Tier I & II divisions.  Some will also have House divisions.  Empire House teams should make sure they sign up for a House division and NOT a Travel A or B division. 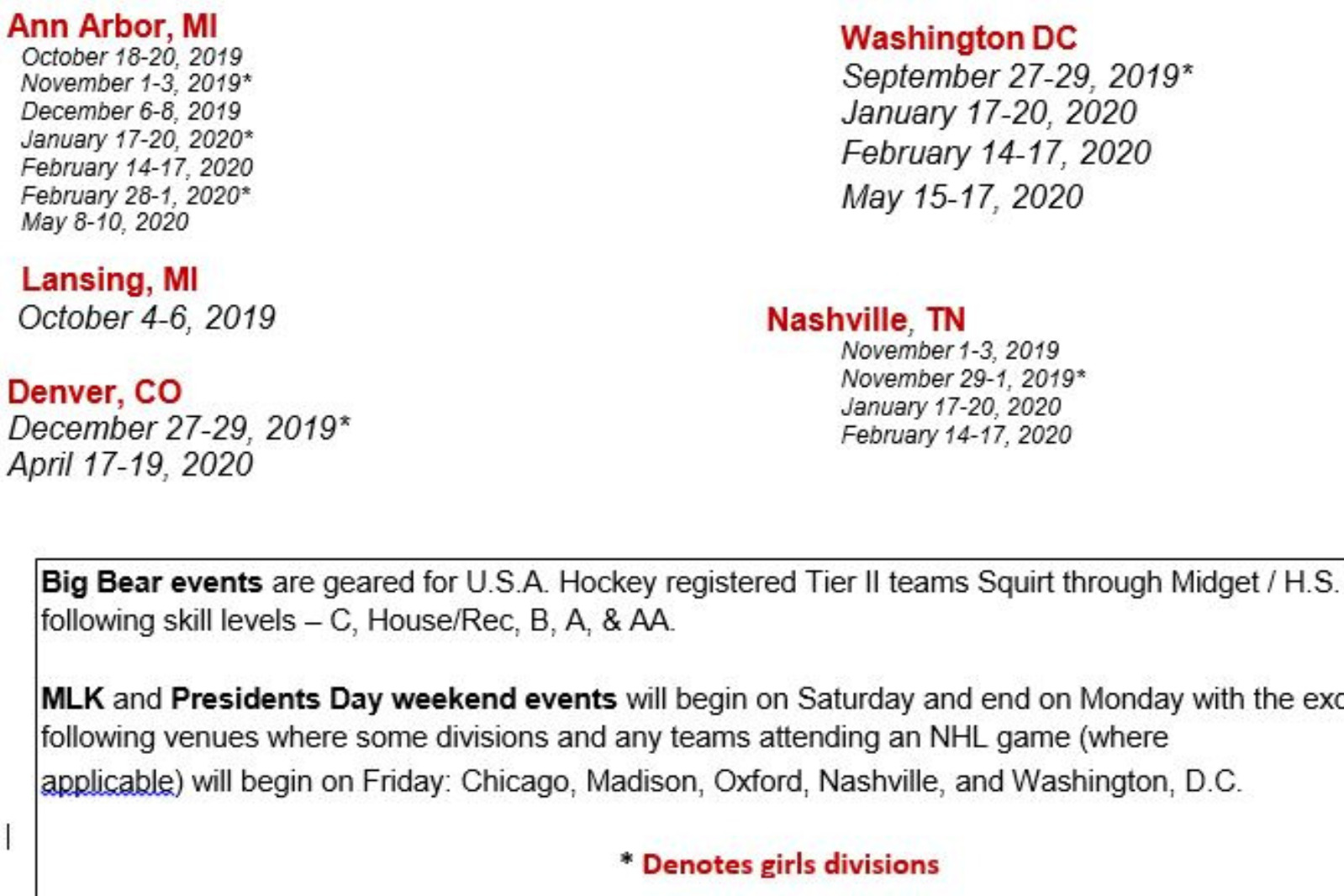 You have unsaved elements

Please save or cancel the pending changes to the elements within your page and then try saving again.